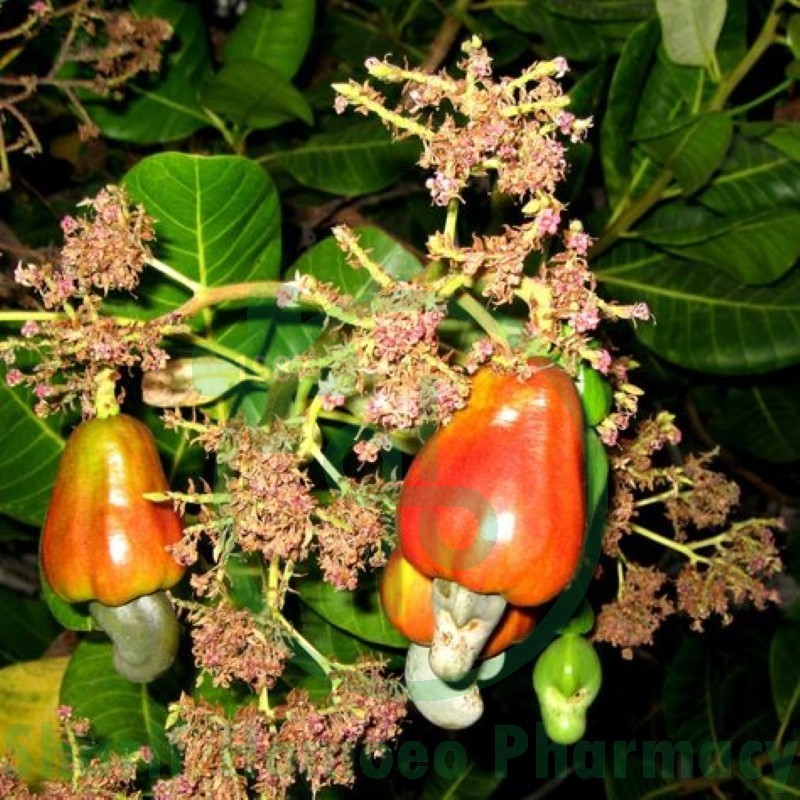 The Anacardium patient is found mostly among the neurasthenics; such have a type of nervous dyspepsia, relieved by food; impaired memory, depression, and irritability; diminution of senses (smell, sight, hearing). Syphilitic patients often suffer with these conditions. Intermittency of symptoms. Fear of examination in students. Weakening of all senses, sight, hearing, etc. Aversion to work; lacks self-confidence; irresistible desire to swear and curse. Sensation of a plug in various parts-eyes, rectum, bladder, etc; also of a band. Empty feeling in stomach; eating temporarily relieves all discomfort. This is a sure indication, often verified. Its skin symptoms are similar to Rhus, and it has proved a valuable antidote to Poison-Oak.

Mind.--Fixed ideas. Hallucinations; thinks he is possessed of two persons or wills. Anxiety when walking, as if pursued. Profound melancholy and hypochondriasis, with tendency to use violent language. Brain-fag. Impaired memory. Absent mindedness. Very easily offended. Malicious; seems bent on wickedness. Lack of confidence in himself or others. Suspicious (Hyos). Clairaudient, hears voices far away or of the dead. Senile dementia. Absence of all moral restraint.

Head.--Vertigo. Pressing pain, as from a plug; worse after mental exertion-in forehead; occiput, temples, vertex; better during a meal. Itching and little boils on scalp.

Eyes.--Pressure like a plug on upper orbit. Indistinct vision. Objects appear too far off.

Ears.--Pressing in the ears as from a plug. Hard of hearing.

Nose.--Frequent sneezing. Sense of smell perverted. Coryza with palpitation, especially in the aged.

Abdomen.--Pain as if dull plug were pressed into intestines. Rumbling, pinching, and griping.

Respiratory.--Pressure in chest, as from a dull plug. Oppression of chest, with internal heat and anxiety, driving him into open air. Cough excited by talking, in children, after fit of temper. Cough after eating with vomiting of food and pain in occiput.

Heart.--Palpitation, with weak memory, with coryza in the aged; stitches in heart region. Rheumatic pericarditis with double stitches.

Back.--Dull pressure in the shoulders, as from a weight. Stiffness at nape of neck.

Extremities.--Neuralgia in thumb. Paralytic weakness. Knees feel paralyzed or bandaged. Cramps in calves. Pressure as from a plug in the glutei. Warts on palms of hands. Fingers swollen with vesicular eruption.

Modalities.--Worse, on application of hot water. Better, from eating. When lying on side, from rubbing.