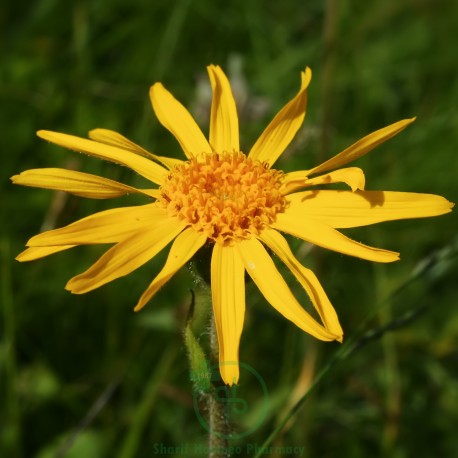 It is especially suited to cases when any injury, however remote, seems to have caused the present trouble. After traumatic injuries, overuse of any organ, strains. Arnica is disposed to cerebral congestion. Acts best in plethoric, feebly in debilitated with impoverished blood, cardiac dropsy with dyspnœa. A muscular tonic. Traumatism of grief, remorse or sudden realization of financial loss. Limbs and body ache as if beaten; joints as if sprained. Bed feels too hard. Marked effect on the blood. Affects the venous system inducing stasis. Echymosis and hæmorrhages. Relaxed blood vessels, black and blue spots. Tendency to hæmorrhage and low-fever states. Tendency to tissue degeneration, septic conditions, abscesses that do not mature. Sore, lame, bruised feeling. Neuralgias originating in disturbances of pneumo-gastric. Rheumatism of muscular and tendinous tissue, especially of back and shoulders. Aversion to tobacco. Influenza. Thrombosis. Hematocele.

Mind.--Fears touch, or the approach of anyone. Unconscious; when spoken to answers correctly, but relapses. Indifference; inability to perform continuous active work; morose, delirious. Nervous; cannot bear pain; whole body oversensitive. Says there is nothing the matter with him. Wants to be let alone. Agoraphobia (fear of space). After mental strain or shock.

Ears.--Noises in ear caused by rush of blood to the head. Shooting in and around ears. Blood from ears. Dullness of hearing after concussion. Pain in cartilages of ears as if bruised.

Stomach.--Longing for vinegar. Distaste for milk and meat. Canine hunger. Vomiting of blood. Pain in stomach during eating. Repletion with loathing. Oppressive gases pass upward and downward. Pressure as from a stone. Feeling as if stomach were passing against spine. Fetid vomiting.

Stool.--Straining of tenesmus in diarrhœa. Offensive, brown, bloody, putrid, involuntary. Looks like brown yeast. Must lie down after every stool. Diarrhœa of consumption; worse lying on left side. Dysenteric stools with muscular pains.

Extremities.--Gout. Great fear of being touched or approached. Pain in back and limbs, as if bruised or beaten. Sprained and dislocated feeling. Soreness after overexertion. Everything on which he lies seems too hard. Deathly coldness of forearm. Cannot walk erect, on account of bruised pain in pelvic region. Rheumatism begins low down and works up (Ledum).

Sleep.--Sleepless and restless when over tired. Comatose drowsiness; awakens with hot head; dreams of death, mutilated bodies, anxious and terrible. Horrors in the night. Involuntary stools during sleep.

Dose.--Third to thirtieth potency. Locally, the tincture, but should never be applied hot or at all when abrasions or cuts are present.