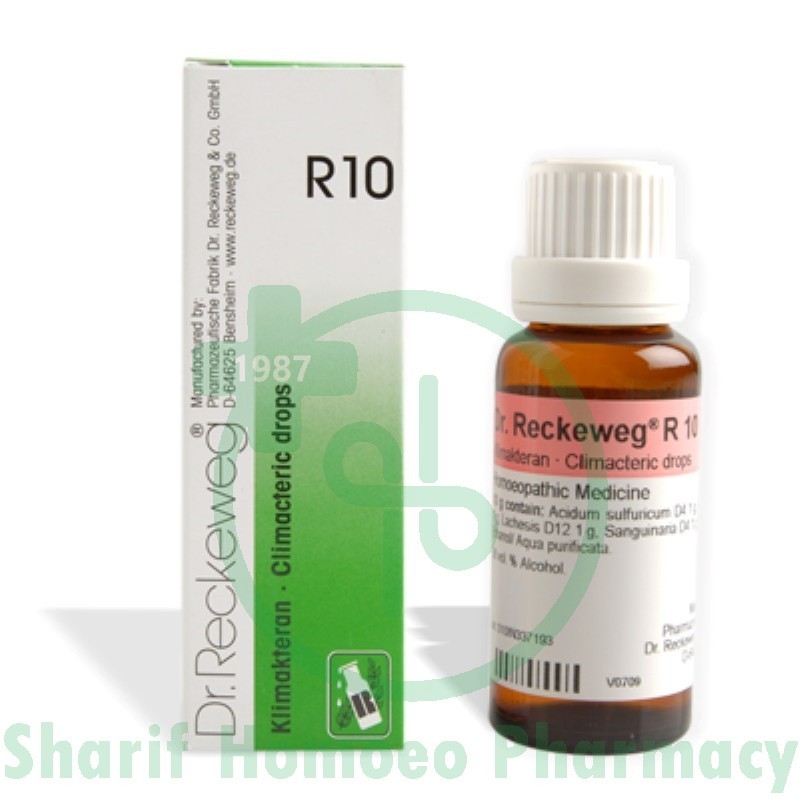 R10 exerts a favourable biological influence on all ovarian disorders.

- According to the state of acuteness 3-6 times a day 10-15 drops in some water. When improving, reduce the dose immediately to 10-15 drops three times daily. It is advisable to continue the treatment for a longer period of time at the rate of 10-15 drops, 1-2 days, until the physiological transformation of the body has been reached.

- R10 does not contain hormones, which are usually employed. The additional use of such preparations does not influence its biological effectiveness, but will be unnecessary in most cases.

- R10 also proves to be effective in diseases of the female organs, especially fluor genitalis.

- In metritis, peri-parametritis, ovariitis, alternate R10 and R1, every 2-3 hours