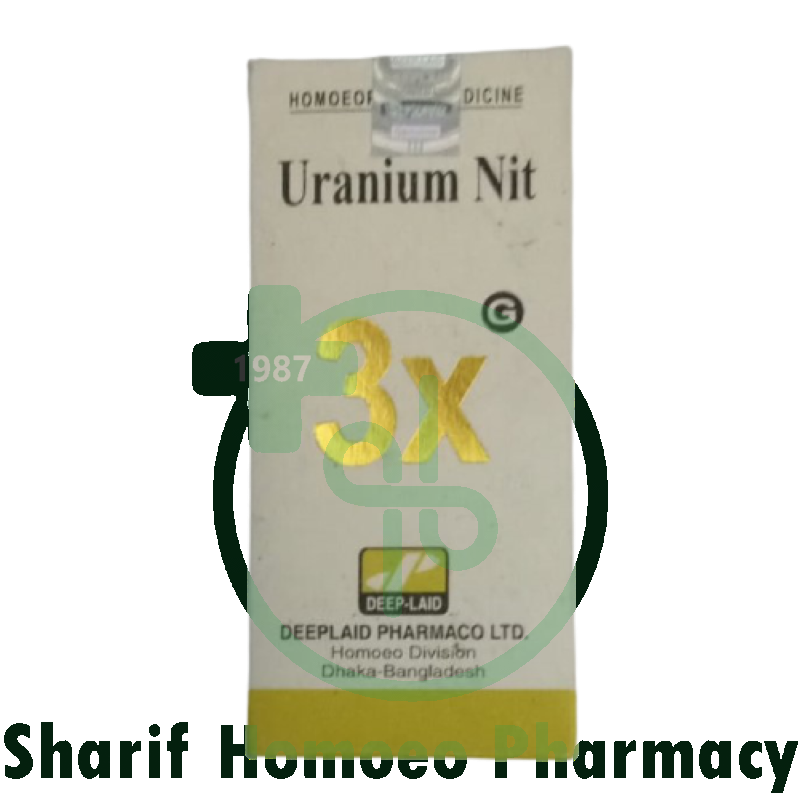 Uranium nitricum is a salt prepared from the Pitch Blande. It is also found in combination with lead and silver in the mines of Bohemia, Saxony, Bavaria, and France. Uranium Nit is a good remedy in Bright's disease or in diabetes mellitus. The patient passes large quantities of sugar and albumen; urine pale or milky colored, with night sweats and great debility; sexual organs cold, relaxed and sweat; pain in the lumber region, with weariness and heaviness in the legs; constipation with increased

Its chief action is marked over the kidneys. We are indebted for our knowledge of this remedy to doctors Hale and Blake. Their attention was drawn to it by certain experiments of Leconte, a French Psychologist of note, who poisoned some dogs with it. The urine of these poisoned animals showed traces of sugar. This led to further experiments and verifications and they have served to establish its utility and efficacy in controlling both diabetes mellitus and insipidus. The kind of diabetes in which it is specially successful in hepatogenic. The symptoms generally are great languor, debility, cold feeling, vertigo, profuse urination, complete loss of sexual power, dryness of the mouth, tenacious salivation, coated tongue and great thirst. Many cases of diabetes have been relieved and cured by Uranium nitricum. Dr. Clarke testifies to its usefulness and cites and instance of a case of diabetes insipidus in a young girl, where Uranium nitricum in the 30th potency gave greater relief than any other remedy he had used. He considers excessive thirst, polyuria and dry tongue the guiding keynotes of this remedy. Uranium is also useful in gastric and duodenal ulcerations. The symptoms calling for it are, boring pain in the pyloric region, sinking at epigastrium, eructations, gnawing sinking feeling at the cardiac end of the stomach a short while after dinner and recurring hematemesis. These are grave symptoms but they are invariably relieved by Uranium nitricum. In Uranium nitricum therefore we have a splendid weapon to contend against the deadliest of maladies to which the human race is subject. It should be more extensively used by homoeopaths all over the world and their successes and failures made known so that we can definitely launch out against a malady regarded as incurable and fatal. Uranium nit. is extremely poisonous, acrid and should, therefore, be used with great deal of care and caution. Indiscriminate use of the low potency is likely to lead to serious consequences.

Dose and administration: 1 tab 3 to 4 times daily. ½ tab for children.

Side effects: No significant side effect has been observed in proper dosage

19 other products in the same category: