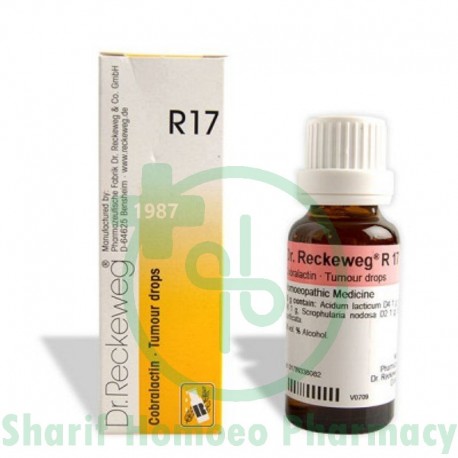 - The remedy is meant to be a supplementary medication in the treatment of malignancy.
- It is advisable to administer R17 post-operatively or after radiation therapy since it has been observed to improve the patient's general sense of well-being.
- Severe paints in advanced stages of malignancy are frequently eased by the use of R17.
- Involvement of the femal pelvic organs: additionally R38, respectively R39.
- In anaemia: additionally R31.
- In diseases of the prostate: see R25.
- To stimulate hepatic function: additionally R7, 10-15 drops once daily.